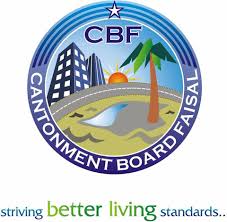 Drigh Road Cantonment was established in 1925 for the civilian population near the British Royal Air force Base, vide Government of Bombay Revenue Department Notification No.4840/24 dated 04-11-1925. In 1947 it was renamed as Faisal Cantonment. The municipal limits of the Cantonment Board were altered twice: in 1988 and 1995. The Board was classified as Class I in 2002, and has a population of 292,196 (census 2017).It is not only home to the first airfield established by the Royal Air Force in the sub-continent but can be considered as a mini Pakistan as well . The population is a vibrant mix of all provinces and the active generations of the initial mohajirs (settlers) after the independence in 1947.